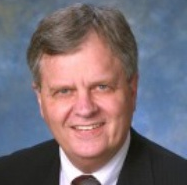 John A. Kassner has a statewide practice focused on protecting the constitutional and legal rights of property owners dealing with government in complex litigation and appellate work dealing with

John litigated a complex Robinson-Patman Act case before the Western District of Wisconsin and the Seventh Circuit Court of Appeals.

An active member of the National Association of Home Builders, John currently serves on the NAHB Litigation Oversight Group and as the LANDS liaison to the NAHB Legal Action Committee. He is the Wisconsin Associate National Director to NAHB and a Life Director of the Wisconsin Builders Association.

John was an active participant in the Joint Legislative Council’s revisions of Wisconsin’s Condominium Statutes in 2000.

Representative cases include the following:

John is a frequent presenter at State Bar of Wisconsin seminars on Eminent Domain and Condominium Law.

In 2017, John organized and was one of the presenters at the Symposium on Property Rights and Land Use in Wisconsin, jointly sponsored by the Wisconsin Realtors Association, the University of Wisconsin Law School, the Federalist Society and his then current firm of von Briesen & Roper, s.c. A video link to that program can be found at https://wiseye.org/2017/07/20/uw-law-school-property-rights-and-land-use-in-wisconsin/. It focused on recent changes in property rights and land use law statutes in Wisconsin and two recent cases, McKee vs. Fitchburg, that was decided by the Wisconsin Supreme Court and Murr vs. State of Wisconsin, decided by the U.S. Supreme Court. It featured presentations by legislators that sponsored the new Wisconsin legislation, and by the attorneys that argued these cases to the Wisconsin Supreme Court and to the U.S. Supreme Court, as well as a synopsis of important recent land use cases by Attorney Michael Berger, who had successfully argued four land use cases to the U.S. Supreme Court.

We use cookies to ensure that we give you the best experience on our website. If you continue to use this site we will assume that you are happy with it.AgreePrivacy policy